3D
Scan The World
1,937 views 137 downloads
Community Prints Add your picture
Be the first to share a picture of this printed object
0 comments

The statue, together with its pendant was found in 1794 by Robert Fagan on the Cesarini estate at Campo Jemini, near Tor Vajanica. Winter is portrayed as a woman, wrapped in her mantle and surrounded by five cupids shown hunting and fishing. The statue, to which the Neo-classical sculptor Massimiliano Laboureur added the head, can be dated to the middle of the 2nd c. AD. 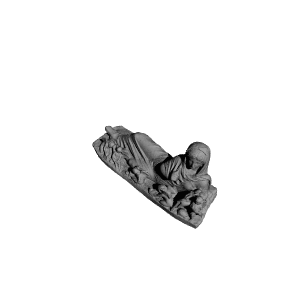 ×
0 collections where you can find Reclining statue, personification of Winter by Scan The World