3D
Scan The World
2,573 views 98 downloads
Community Prints Add your picture
Be the first to share a picture of this printed object
0 comments

The red-billed brushturkey (Talegalla cuvieri) also known as red-billed talegalla or Cuvier's brushturkey, is a large, up to 57 cm long, black megapode with bare yellow facial skin, a reddish orange bill, yellow iris, and orange feet. The head is covered with bristle-like black feathers. The sexes are similar.

An Indonesian endemic, the Red-billed Brushturkey inhabits to lowland forests on Vogelkop Peninsula, western Snow Mountains, and Misool Island of West Papua. It builds nest mound from sticks and leaves.

The red-billed brushturkey is evaluated as Least Concern on the IUCN Red List of Threatened Species. 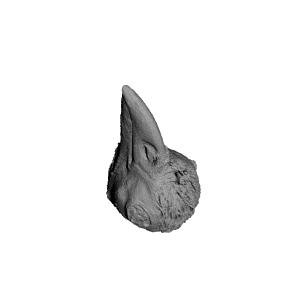