Red Granite Figure of a King at The British Museum, London

3D
Scan The World
4,531 views 282 downloads
3 collections
Community Prints Add your picture
Be the first to share a picture of this printed object
0 comments

Red Granite Figure of a King at The British Museum, London

The statue can be dated on stylistic grounds to the middle of the Eighteenth Dynasty and represents either Tuthmosis III or his successor Amenophis II wearing the white crown of Upper Egypt. Subsequently the names of Ramesses II were carved on the belt and shoulders, and those of Merneptah on the chest. Made around 1450BC found in Thebes at the Temple of Karnak. 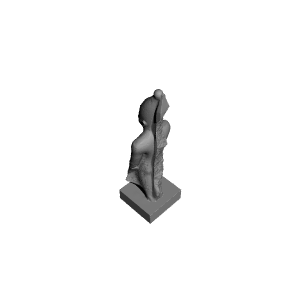 ×
3 collections where you can find Red Granite Figure of a King at The British Museum, London by Scan The World