3D
Scan The World
2,234 views 63 downloads
Community Prints Add your picture
Be the first to share a picture of this printed object
0 comments

This head comes from a colossal statue of Ramesses II, who is shown wearing a god's wig and beard. Hieroglyphs next to the king give one of his names and promise he will be 'given life'. This statue was probably originally set up at the royal city built by Ramesses II in the Nile Delta, called Pi-Ramesses. Many of this city's monuments were moved by later kings when the royal residence shifted to the nearby city of Bubastis. 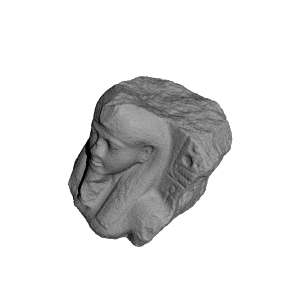