I did this low detail version only for 3d printing. This model is based on the comic book character created by Jeph Loeb and Ed McGuiness. Red Hulk was introduced in the Hulk series since january of 2008. In some issues is also called Rulk to distinguish from the original Hulk character.

According to his creators, Red Hulk is more aggressive, intelligent and has all the abilities of the original Hulk, however, he does not become stronger with anger, but rather by increasing levels of gamma radiation. 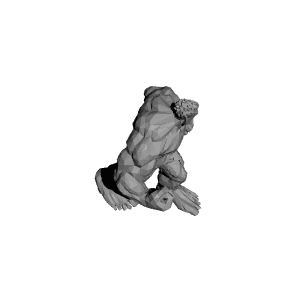 Awesome Model. Might even print again on my Prusa Mk2 and paint it green or gray.