3D
Scan The World
1,465 views 34 downloads
Community Prints Add your picture
Be the first to share a picture of this printed object
0 comments

We can presume that the personnage is the artist himself, someone with this haircut, this stature, and this way of smoking

Daniil Kharms was a poet, short story writer, dramatist and a representative of avant-garde trends in Soviet literature. During his lifetime Kharms was best known for his humorous children's stories. His other works, held in private archives, were rediscovered in the late 1960s and today his fame rests chiefly on his experimental, absurd prose pieces. 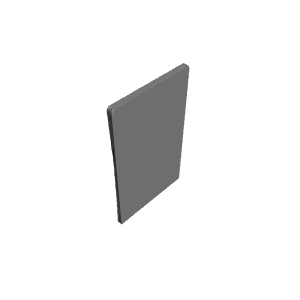