3D
Support Free Scan The World
1,592 views 54 downloads
Community Prints Add your picture
Be the first to share a picture of this printed object
0 comments

He was born Dmitri Dmitrievich Shostakovich on September 25, 1906, in St. Petersburg, Russia. He was the second of three children of Dmitri Boleslavovich Shostakovich, a chemical engineer, and Sofia Kokaoulina, a pianist. Young Shostakovich studied piano under his mother tutelage and at a private school in St. Petersburg. His greatest influences were Johann Sebastian Bach, Ludwig van Beethoven and Modest Mussorgsky. From 1919-1925 he studied piano and composition at St. Petersburg (Leningrad) Conservatory. He wrote his First "Classical" symphony as his graduation piece. In 1927 he won an "honorable mention diploma" at the 1st International Piano Competition in Warsaw. In 1929 he collaborated with writer Vladimir Mayakovsky, artist Alexander Rodchenko and director Vsevolod Meyerhold.

Very very difficult model. I Printed it flat, but if you want better results you have to sacrifice an edge to make it flat and print the model vertically. 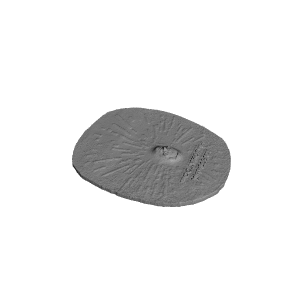