3D
Scan The World
1,611 views 53 downloads
Community Prints Add your picture
Be the first to share a picture of this printed object
0 comments

This fragment was found on the archaeological of Mada'in Saleh. This site is located in the Sector of Al-`Ula within the Province of Al-Madinah, the Hejaz, Saudi Arabia. A majority of the vestiges date from the Nabatean kingdom (1st century AD). The site constitutes the kingdom's southernmost and largest settlement after Petra, its capital. Traces of Lihyanite and Roman occupation before and after the Nabatean rule, respectively, can also be found. 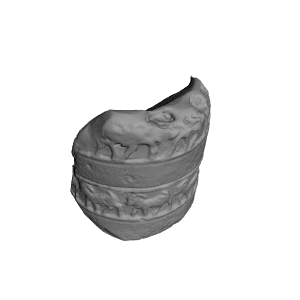