Relief depicting Ganymede and the Eagle at The State Hermitage Museum, St Petersburg

3D
Support Free Scan The World
3,779 views 282 downloads
1 collection
Community Prints Add your picture
Be the first to share a picture of this printed object
0 comments

Relief depicting Ganymede and the Eagle at The State Hermitage Museum, St Petersburg

Ambrosia and nectar were believed to be "the food of the gods" in ancient Greece, and ambrosia is often characterized as a fluid. This Roman relief depicts the story of Ganymede feeding Zeus, disguised as an eagle, ambrosia in a two-handled drinking vessel or kylix. Zeus came to Ganymede as an eagle to carry him away from earth and to live on Mount Olympus, where he made the young man an immortal servant to the gods.

There is no support if you print horizontally but maybe it will be some fringe on the model. But easy to clean . Enjoy your print. 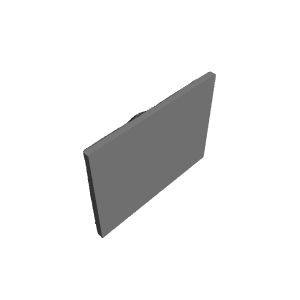 ×
1 collections where you can find Relief depicting Ganymede and the Eagle at The State Hermitage Museum, St Petersburg by Scan The World