3D
Scan The World
1,864 views 82 downloads
Community Prints Add your picture
Be the first to share a picture of this printed object
0 comments

Thsi relief represents three nymphs identified as the Hesperides by the presence of the tree with fruit.

The Herperides were the guardians of the golden apples in Hera's garden on Mount Atlas, which were given by Mother Earth to Hera upon her marriage to Zeus.

The figure to the left, in a different style, seems to have been created to fill the empty space.The work may be compared to some sculptures found off the coast of Piraeus belonging to the cargo of a ship which sank transporting works of art to be sold. 1st Century AD. 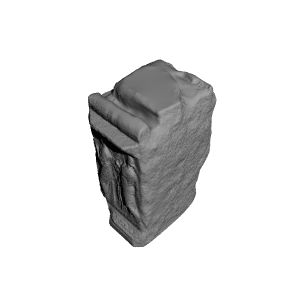