3D
Support Free Scan The World
2,529 views 163 downloads
Community Prints Add your picture
Be the first to share a picture of this printed object
0 comments

In Greek mythology, Caerus or Kaerus (Greek: Καιρός, Kairos) was the personification of opportunity, luck and favorable moments. He was shown with only one lock of hair. His Roman equivalent was Occasio or Tempus. Caerus is the youngest child of Zeus. Caerus and Fortuna became lovers after Caerus neglected to overthrow his father as everyone thought he would. 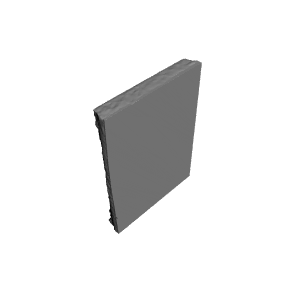 ×
0 collections where you can find Relief depicting Kairos at The State Hermitage Museum, St Petersburg by Scan The World