3D
360°
Scan The World
1,132 views 82 downloads
Community Prints Add your picture
Be the first to share a picture of this printed object
0 comments

Saint Martin was a member of the Imperial cavalry stantioned near Amiens, in Gaul, who lived during the reign of Constantine the Great. Coming upon a shivering beggar near the city gates on a cold winter day, the young soldier divided his cloak with his sword and shared it with him. Tradition has it had Christ later appeared to Martin in a dream, saying "What thou hast done for that poor man, thou hast done for me". 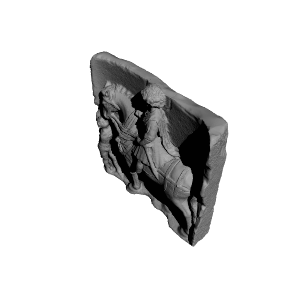