Relief depicting the Adbuction of Europa at The Parc del Laberint d'Horta, Barcelona

3D
Scan The World
5,083 views 218 downloads
Community Prints Add your picture
Be the first to share a picture of this printed object
0 comments

Relief depicting the Adbuction of Europa at The Parc del Laberint d'Horta, Barcelona

This relief depicts the Abduction of Europa. In Greek mythology Europa was the mother of King Minos of Crete, a woman with Phoenician origin of high lineage, and for whom the continent Europe was named. The story of her abduction by Zeus in the form of a white bull was a Cretan story; as Kerényi points out "most of the love-stories concerning Zeus originated from more ancient tales describing his marriages with goddesses. This can especially be said of the story of Europa".

The mythographers tell that Zeus was enamored of Europa and decided to seduce or ravish her, the two being near-equivalent in Greek myth. He transformed himself into a tame white bull and mixed in with her father's herds. While Europa and her helpers were gathering flowers, she saw the bull, caressed his flanks, and eventually got onto his back. Zeus took that opportunity and ran to the sea and swam, with her on his back, to the island of Crete. He then revealed his true identity, and Europa became the first queen of Crete. Zeus gave her a necklace made by Hephaestus and three additional gifts: Talos, Laelaps and a javelin that never missed. Zeus later re-created the shape of the white bull in the stars, which is now known as the constellation Taurus. Some readers interpret as manifestations of this same bull the Cretan beast that was encountered by Heracles, the Marathonian Bull slain by Theseus (and that fathered the Minotaur). Roman mythology adopted the tale of the Raptus, also known as "The Abduction of Europa" and "The Seduction of Europa", substituting the god Jupiter for Zeus.

The myth of Europa and Zeus may have its origin in a sacred union between the Phoenician deities `Aštar and `Aštart (Astarte), in bovine form. Having given birth to three sons by Zeus, Europa married a king Asterios, this being also the name of the Minotaur and an epithet of Zeus, likely derived from the name `Aštar.

According to Herodotus' rationalizing approach, Europa was kidnapped by Minoans who were seeking to avenge the kidnapping of Io, a princess from Argos. His variant story may have been an attempt to rationalize the earlier myth; or the present myth may be a garbled version of facts—the abduction of a Phoenician aristocrat—later enunciated without gloss by Herodotus. 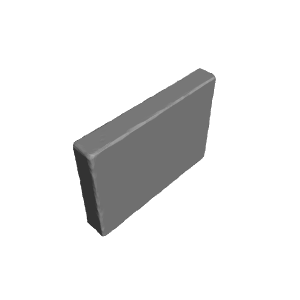 ×
0 collections where you can find Relief depicting the Adbuction of Europa at The Parc del Laberint d'Horta, Barcelona by 3DLirious