Relief depicting the Flight into Egypt

3D
360°
Scan The World
1,656 views 94 downloads
Community Prints Add your picture
Be the first to share a picture of this printed object
0 comments

Relief depicting the Flight into Egypt

This marble relief, as part of a series of works depicting various events in the Life of Jesus according to the gospels, depicts the flight into Egypt. Soon after the visit by the Magi, an angel appeared to Joseph in a dream telling him to flee to Egypt with Mary and the infant Jesus since King Herod would seek the child to kill him.

The episode is frequently shown in Christian art, as the final episode of the Nativity of Jesus in art, and was a common component in the cycles of the Life of the Virgin as well as the Life of Christ. Iconic representation of the "Rest on the Flight into Egypt" developed after the 14th Century. 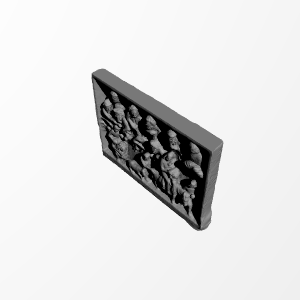