Relief fragment from the Golden Gate

3D
Scan The World
1,685 views 53 downloads
Community Prints Add your picture
Be the first to share a picture of this printed object
0 comments

Relief fragment from the Golden Gate

The Golden Gate existed in the times of Byzantine Emperors Theodosius I and Theodosius II (408-450). The twin square towers of the Golden Gate are now just two of the seven towers of Yedikule. The Golden Gate was the monumental and ceremonial entrance to the city as one came along the Roman road from Europe, with four massive towers built into Theodosius II's mighty land walls. Its gigantic doors were indeed once covered in gold. 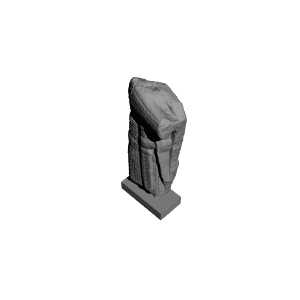