Relief from the Pergamon Altar

3D
Scan The World
1,010 views 34 downloads
Community Prints Add your picture
Be the first to share a picture of this printed object
0 comments

Relief from the Pergamon Altar

The Pergamon Altar is a monumental construction built during the reign of Greek King Eumenes II in the first half of the 2nd century BC on one of the terraces of the acropolis of the ancient Greek city of Pergamon in Asia Minor. Displayed at the Museum für Abgüsse Klassischer Bildwerke in Munich. It is a museum of classical paintings and sculpture. It shows sculptures of Greek and Roman antiquity from the 7th century BC to the 5th century AD. 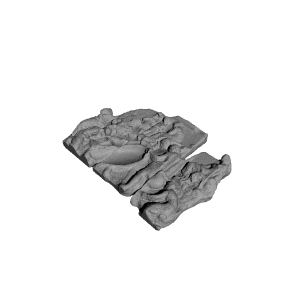