3D
Support Free Scan The World
1,674 views 57 downloads
Community Prints Add your picture
Be the first to share a picture of this printed object
0 comments

Dmitry Sergeyevich Likhachov (Dmitri Likhachev or Likhachyov; 28 November [O.S. 15 November] 1906 in St. Petersburg – 30 September 1999 in St. Petersburg) was an outstanding Russian Medievalist, Linguist, and concentration camp survivor. During his lifetime, Likhachov was considered the world's foremost scholar of the Old Russian language and its literature.

He was revered as "the last of old St Petersburgers", and as, "a guardian of national culture". Due to his high profile as a Soviet dissident during his later life, Likhachov was often referred to as, "Russia's conscience". 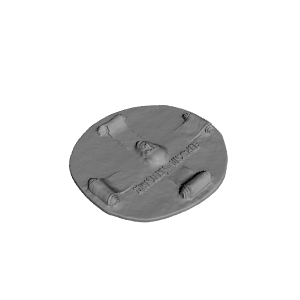