3D
360°
Scan The World
1,539 views 98 downloads
3 collections
Community Prints Add your picture
Be the first to share a picture of this printed object
0 comments

The Assyrians resettled the inhabitants of captured enemy cities across the empire to sustain its rapid growth. Care was taken to ensure that people arrived at their destination safely and in good health. On this wall panel, families travel under guard, some on animals and carts.

Documents record how some deportees were supplied with food, sandals and clothing. Others experienced gruelling journeys on meagre rations. War captives, especially women and children, were also distributed among Assyrian troops and sold into slavery.

From the North Palace, Nineveh, Iraq
Scanned at the I Am Ashurbapinal exhibition at The British Museum, 2019 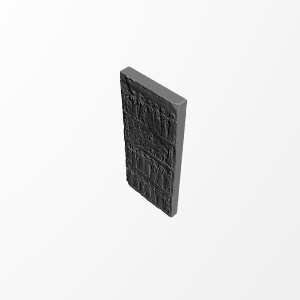