3D
Scan The World
2,434 views 163 downloads
1 collection
Community Prints Add your picture
Be the first to share a picture of this printed object
0 comments

This Roman relief is a personification of the Province.

The Palazzo dei Conservatori ("Palace of the Conservators") was built in the Middle Ages for the local magistrate on top of a sixth-century BC temple dedicated to Jupiter "Maximus Capitolinus". Michelangelo's renovation of it incorporated the first use of a giant order that spanned two storeys, here with a range of Corinthian pilasters and subsidiary Ionic columns flanking the ground-floor loggia openings and the second-floor windows. Michelangelo’s new portico is a reinvention of older ideas. The portico contains entablatures and a flat, coffer-like ceiling. The entablatures rest on columns set at the front of each bay, while matching half-columns stand against the back wall. Each pilaster forms a compound unit with the pier and column on either side of it. Colossal pilasters set on large bases join the portico and the upper story. All of the windows are capped with segmental pediments.A balustrade fringing the roof emphasizes the emphatic horizontality of the whole against which the vertical lines of the orders rise in majestic contrast. The verticality of the colossal order creates the feeling of a self-contained space while the horizontality of the entablatures and balustrades emphasize the longitudinal axis of the piazza. The palazzo’s facade was updated by Michelangelo in the 1530s and again later numerous times. In Rome the portico of the Palazzo dei Conservatori sheltered offices of various guilds. Here disputes arising in the transaction of business were adjudicated, unless they were of sufficient importance to go before a communal tribunal, such as that of the conservatori. It was a natural place for such activity. Until the 1470s the main market of the city was held on and around the campidoglio, while cattle continued to be taxed and sold in the ancient forum located just to the south. 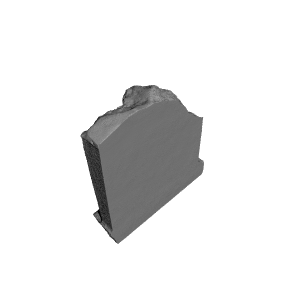