Relief of a Saint

3D
Scan The World
1,907 views 209 downloads
1 collection
Community Prints Add your picture
Be the first to share a picture of this printed object
0 comments

Relief of a Saint

The Museum’s sculpture collection is broad enough though it’s also relatively specific. The first works entered were the casts of the antique and European sculpture of the 12th-19th centuries, as well as sculptures of the Ancient and the Near East, of the ancient Russian monumental and decorative plastics. This is a unique due to its completeness and quality collection which consists of over 3,000 stored items.  Cast played in important role in the process of study of young sculptors, replicating “antiques” was obligatory for future artists of all qualifications.
The department of sculpture also holds some original works of antique, European and ancient Russian plastics.  It is a fragment of a marble ancient Greek gravestone, the head of a man  from Palmira originating from the 3d-4th centuries; three terracotta reliefs dating back to the end of the 18th century, sketch of a model of 1764 – brilliant works of French school masters. A certain interest represents also wooden gold-plated sculptures and fragments of the interior design (iconostasis) of the churches of Simeon and Anna, Savior in Sennaya in Saint Petersburg.
Show more Show less
License
Technical Information
More Information
Object Parts
Tags
figure Marble Relief Saint
Remixes Add your Remix
Show more
Interesting objects for you
Show more 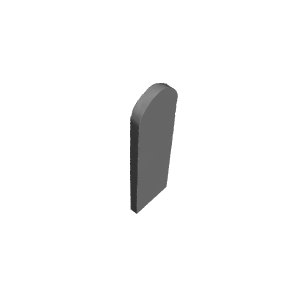