Relief of Healing Gods at The British Museum, London

3D
Scan The World
2,369 views 58 downloads
Community Prints Add your picture
Be the first to share a picture of this printed object
0 comments

Relief of Healing Gods at The British Museum, London

With the plague killing many people in the overcrowded city of Athens during the Peloponnesian War, the cult of the healing god Asklepios soon became popular. In 420/19 BC a sanctuary for Askleipios and Hygieia, the goddess of Health, was founded on the slopes of the Akropolis by an Athenian citizen, Telemachos. The cult was 'imported' from Edpidauros, in a move that was probably also part of the expansionist imperial policy of the Athenian state.

This marble relief fragment comes from a sculpted pillar that was erected by Telemachos to commemorate the cultur's foundation.

On one side it shows the seated Hygieia, goddess of Health; on the other side a large door (perhaps that of Asklepios' temple) and a nude youth on a pedestal. 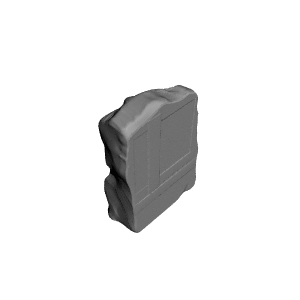 ×
0 collections where you can find Relief of Healing Gods at The British Museum, London by Scan The World