Relief of Mithras killing a bull

3D
Scan The World
1,570 views 84 downloads
Community Prints Add your picture
Be the first to share a picture of this printed object
0 comments

Relief of Mithras killing a bull

The Roman deity Mithras appears in the historical record in the late 1st century A.D., and disappears from it in the late 4th century A.D. Unlike the major mythological figures of Graeco-Roman religion, such as Jupiter and Hercules, no ancient source preserves the mythology of the god. All of our information is therefore derived from depictions on monuments, and the limited mentions of the cult in literary sources. 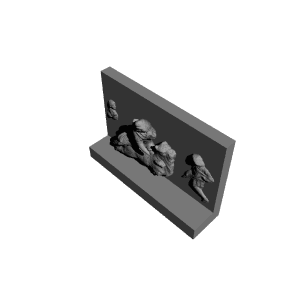