3D
Scan The World
1,767 views 73 downloads
Community Prints Add your picture
Be the first to share a picture of this printed object
0 comments

This beautifully carved and subtle relief of the Virgin and Child represents a new addition to the oeuvre of Gregorio di Lorenzo, now considered one of the foremost sculptors of the Florentine Renaissance.

Formerly referred to as the anonymous 'Master of the Marble Madonnas', a term coined by Wilhelm von Bode in the late 19th century, Gregorio di Lorenzo was an integral member of the core group of sculptors active in 15th-century Florence. His identity was not discovered until scholars at the close of the 20th century, primarily Alfredo Bellandi, began to associate his body of work with one Gregorio who trained in the workshop of Desiderio da Settignano. His diverse oeuvre includes Ecce Homo reliefs, busts of the infant Christ and Saint John, as well as two series of profile reliefs of the Twelve Caesars, which he executed for the courts of Naples and Ferrara. However, earning him his scholarly nickname, Gregorio is best known for his significant output of marble reliefs representing the Virgin and Child, of which examples are held in important public collections such as the Museo Nazionale del Bargello in Florence, and the Victoria and Albert Museum in London. 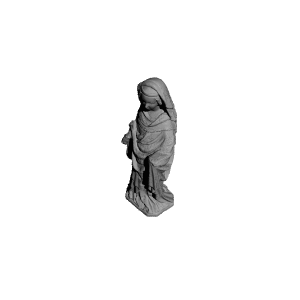