3D
Scan The World
1,856 views 106 downloads
2 collections
Community Prints Add your picture
Be the first to share a picture of this printed object
0 comments

This relief is part of the formidable project in scale, Vystavka Dostizheniy Narodnogo Khozyaystva (VDNKh), established in 1935. VDNKh is one of the iconic monuments of Soviet architecture, combining some avant-garde elements with Stalinist Empire style and modernism.

It depicts 3 soldiers workers who receive a flag and soem docuement from an notable perdonality. There is not much contextual information about this piece, it is most probably just used as decoration for the amusement park.

The exhibition center was rebuilt in the era of Joseph Stalin. 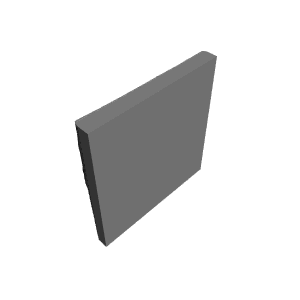