3D
Scan The World
2,760 views 201 downloads
4 collections
Community Prints Add your picture
Be the first to share a picture of this printed object
0 comments

This relief on gravestone depicts a woman holding the effigy of a man, probably the deceased owner of the tomb. The gravestone come along with an inscription in honour of the deceased.

The cemetery in the Alexander Nevsky Monastery is the most famous and most visited cemetery in St. Petersburg. In a relatively small area around the Alexander Nevsky Monastery are four historic cemeteries - Lazarevskoe, Tikhvinskoe, Nikolskoe, and Kazache (Cossack), as well as the Church of the Annunciation - the first stone temple and mausoleum of St. Petersburg and the first resting place for the tsarist family.

Today, all the cemeteries of the Alexander Nevsky Monastery are part of the State Museum of Urban Sculpture. In the 20th century, the graves of many prominent St. Petersburg residents that were deteriorating in dilapidated cemeteries were moved here. The monastery contains the graves of the writer Fyodor Dostoyevsky, famous composers Pyotr Tchaikovsky, Modest Mussorgsky, and Nikolay Rimsky-Korsakov, and numerous other luminaries. 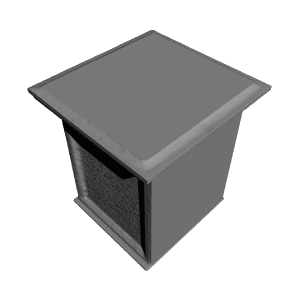