Relief slab from a wall from King Assumasirhpal II palace

3D
Scan The World
1,490 views 35 downloads
Community Prints Add your picture
Be the first to share a picture of this printed object
0 comments

Relief slab from a wall from King Assumasirhpal II palace

This relief may represent a genie.

The Assyrian empire dominated Mesopotamia and all of the Near East for the first half of the first millennium, led by a series of highly ambitious and aggressive warrior kings. Assyrian society was entirely military, with men obliged to fight in the army at any time. State offices were also under the purview of the military. 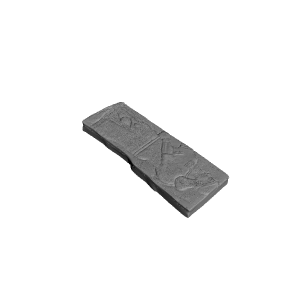