Relief slabs from a grave monument

Relief slabs from a grave monument

Slab A: four female figures (ladies with their servants).

Slab B: two male figures, a slave, the head of a horse and a tree with a snake on it.

The name of the sculptor is also preserved: "Made by Euandros, son of Euandros, from the city of Veroia". Derveni (ancient Lete area), cemetery. 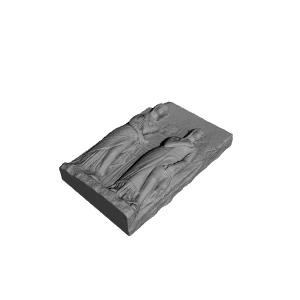