3D
360°
Scan The World
1,737 views 57 downloads
Community Prints Add your picture
Be the first to share a picture of this printed object
0 comments

Two separate events are shown on these three panels. The scene in the top band takes place at the city of Erbil in Assyria. Gambulian captives are paraded at a military triumph, where they are humiliated and tortured. Two envoys sent by the king of Urarty witness the events.

The lower scene takes place at the city of Madaktu. An Assyrian general presents the new king of Elam, Ummanigash, to his subjects, who come out of the city to greet him.

In the centre of the far left panel, Assyrian soldriers arrive at Madaktu in a chariot. They are accompanied by pro-Assyrian Elamites, who ride in carts.

Travelling to the top left corner of the middle panel, Dunanu and his brother Samgunu are forced to wear the heads of their allies. Dunanu was then laid on a slaughtering block at Nineveh and 'slaughtered like a lamb'. The brothers' bodies were 'chopped up' and 'sent out to be a spectable in all of the lands'.

Directly below on the bottom panel you can see that the face of the pro-Assyrian Elamite king, Ummanigash, was hacked away during the sack of Nineveh by the Babylonians and Medes.

Look out for the large horse facing to the left, you can find it on the top right corner of the right panel. This is Ashurbapinal's horse, which was fitted with a decorated headstall and elaborately tasselled neck strap. As you can see, Ashurbapinal's image was vandalised during the sack of Nineveh by the Babylonians and Medes.

Scanned at the 'I Am Ashurbapinal' exhibtiion at The British Museum, 2019 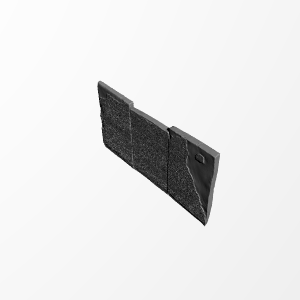