Relief with a goddess

3D
Scan The World
1,397 views 73 downloads
1 collection
Community Prints Add your picture
Be the first to share a picture of this printed object
1 comments

Relief with a goddess

This is a small relief with a hieroglyphical inscription depicting a goddess, most likely Neith or Sekhmet.

In Egyptian mythology, Sekhmet, also spelt Sakhmet, Sekhet, or Sakhet, among other spellings, is a warrior goddess as well as the goddess of healing. She is depicted as a lioness, the fiercest hunter known to the Egyptians. It was said that her breath formed the desert. She was seen as the protector of the pharaohs and led them in warfare. 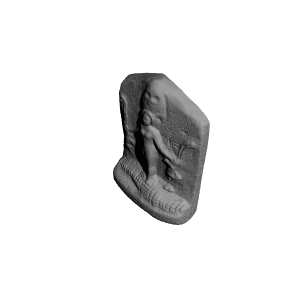