Relief with the Virgin and child

3D
Scan The World
2,804 views 286 downloads
3 collections
Community Prints Add your picture
Be the first to share a picture of this printed object
0 comments

Relief with the Virgin and child

This beautiful relief may be grouped among a series of compositions attributed to Lorenzo Ghiberti and his workshop. The present composition is a rare variant, which focuses on the Virgin's protective qualities by placing a section of her veil over the Child's head, resulting in a scene of profound maternal tenderness. It compares closely to a stucco at the Metropolitan Museum of Art, New York and the so-called Cartiglio Madonna, though it differs in exposing Christ's torso, analogous to a version sold at Sotheby's New York, 29 January 2016, lot 440.

This piece was part of the Old Master Sculpture & Works of Art Sale at Sotheby's London on the 6th of July 2017. 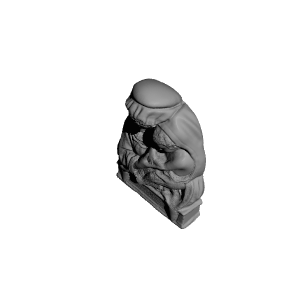