3D
Scan The World
1,781 views 54 downloads
1 collection
Community Prints Add your picture
Be the first to share a picture of this printed object
0 comments

Altogether Tell Halaf was occupied in later periods, it ceased to be an important city after the fall of the dynasty of Kapara. 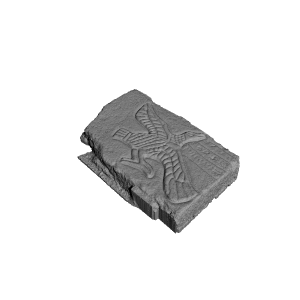