Rembrandt at The Louvre, Paris

3D
Scan The World
2,397 views 171 downloads
Community Prints Add your picture
Be the first to share a picture of this printed object
0 comments

Rembrandt at The Louvre, Paris

Simon Mansion distinguished himself in the luxury woodworking, running the Empire style furnishings. His work is characterized by a simple and careful construction in the smallest details. He executed a piece of furniture he wanted to show Napoleon Bonaparte, then First Consul, decorated with Gothic attributes, lyres, spears and copper bay leaves inlaid in wood. After 1809 Mansion devoted himself exclusively to sculpture. He was responsible for several reliefs that decorate the oeils bull's Louvre , particularly in the clock of the Cour Carree a sculpture titled Lyric Poetry and Music ( 1824) . He also wrote busts and statues on behalf of the state. According to his daughter, he lost his sight in 1824 by running the reliefs of the Louvre and died " poor victim of his devotion to the Empire, for refusing to make the statue of General Moreau asked that the government of the Restoration ".

Easy print, add some supports around. 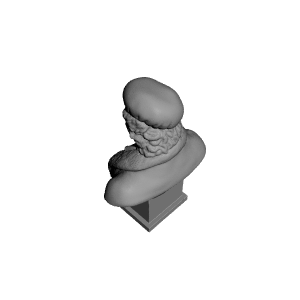 ×
0 collections where you can find Rembrandt at The Louvre, Paris by Scan The World