3D
Scan The World
1,169 views 50 downloads
1 collection
Community Prints Add your picture
Be the first to share a picture of this printed object
0 comments

This console is an architectural element from a building of the Renaissance. It is typical of that period because of the subject. Indeed, this woman may be a sphinx, as her wings and claws indicate it. Such themes are often used in Renaissance architecture which inspires itself mostly of Classical Greek and Roman architecture. 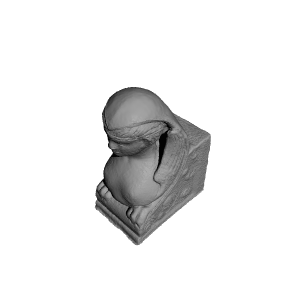