3D
Scan The World
3,346 views 165 downloads
3 collections
Community Prints Add your picture
Be the first to share a picture of this printed object
0 comments

The Inca Empire, also known as the Incan Empire and the Inka Empire, was the largest empire in pre-Columbian America, and possibly the largest empire in the world in the early 16th century. The administrative, political and military center of the empire was located in Cusco in modern-day Peru. The Inca civilization arose from the highlands of Peru sometime in the early 13th century. Its last stronghold was conquered by the Spanish in 1572. 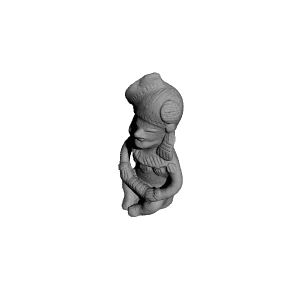