3D
12,185 views 1,305 downloads
16 collections
Community Prints Add your picture
Be the first to share a picture of this printed object
0 comments

Rexxar, Champion of the Horde, is a half-ogre, half-orc beastmaster of the Mok'Nathal clan, and may be one of the last half-ogres of the clan. He saved the city of Orgrimmar from the hatred of an enemy of the Horde. He was instrumental in assisting the Horde after the fall of the Burning Legion. Due to his mixed lineage, he is a towering and massively muscled warrior, and he wields his two huge axes with tremendous skill and ferocity. Rexxar is always seen with his loyal bear companion Misha.

This was a really fun model to make. I made it more with Hearthstone in mind but obviously it was in Wow beforehand so it appeals to everyone!

With a layer height of 0.2mm and 8% infill this took just under 10 hours to print. Its a long print but well worth it! 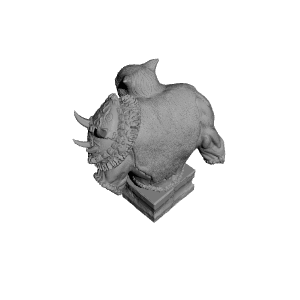