Rhinoceros at the Middelheim Museum

3D
Scan The World
3,131 views 134 downloads
Community Prints Add your picture
Be the first to share a picture of this printed object
0 comments

Rhinoceros at the Middelheim Museum

Gerard Holmens is a Belgian sculptor, he was born in 1934 and died in 1995. He studied at the Municipal Academy of Ostend ( 1951-53 ) , the Academy of Antwerp ( 1955-56 ) , of Ghent ( 1957-58 ) and at the " La Grande Chaumiere " in Paris. In 1955 Holmens left of a stylized figuration, he started vegetal compositions and imaginary animals; his search led in 1965 to mobile stone sculptures. After traveling in Ireland he created the picture cycle " Silence". Since 1981 he lived in France where there arose a completely new series of work , a kind of neo-romantic or neosymbolistische figuration around the theme of table , chair, vehicle and laden with the symbolism of life and death, meaning and meaninglessness, eroticism, fate , horror. Numerous works by the artist have been sold at auction, including 'Composition' sold at De Vuyst 'Old Masters, Modern & Contemporary Art' in 2014 for $8,236. 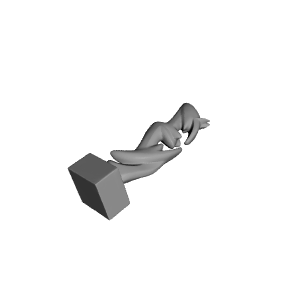