3D
Support Free Scan The World
2,024 views 68 downloads
1 collection
Community Prints Add your picture
Be the first to share a picture of this printed object
0 comments

The Western Zhou period (1046–771 BC) was the first half of the Zhou dynasty of ancient China. It began when King Wu of Zhou overthrew theShang dynasty at the Battle of Muye. The dynasty was successful for about seventy-five years and then slowly lost power. The former Shang lands were divided into hereditary fiefs which became increasingly independent of the king. In 771,the Zhou were driven out of the Wei River valley; afterwards real power was in the hands of the king's nominal vassals. 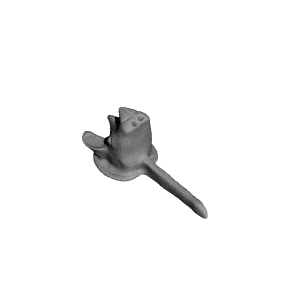 ×
1 collections where you can find Rhinoceros-topped lynch-pin at The British Museum, London by Scan The World