3D
Scan The World
2,022 views 72 downloads
Community Prints Add your picture
Be the first to share a picture of this printed object
0 comments

The motif on this Rhodes Incised, helmet-shaped jar consists of three swirls formed by closely incised lines.  Directly below the neck before the swirls intersect, there is an incised swastika within a circle.  Around the neck there are applique symbolic (non-functional) handles.  The interior appears to have had a red paint applied. 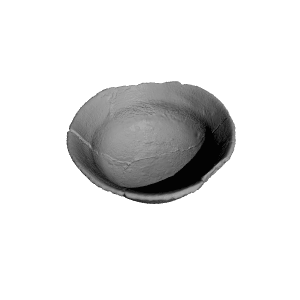