3D
Scan The World
1,257 views 76 downloads
Community Prints Add your picture
Be the first to share a picture of this printed object
0 comments

Richard Schöne (1840 - 1922) was a German archaeologist and classical philologist. He became the commissioner for the arts at the Prussian Cultural ministry in 1872, created a statute for museums in 1878 and was the director general of the Royal Museums from 1880 until 1905.

Adolf von Hildebrand (1847 - 1921) was a German sculptor, mainly known for his five monumental urban fountains, as well as for being a master of the old school. 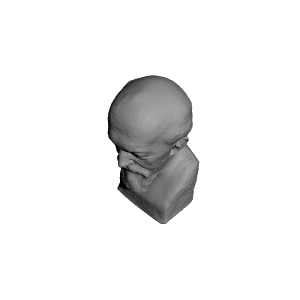