3D
Scan The World
1,348 views 24 downloads
Add to collection
0 0
Community Prints Add your picture
Be the first to share a picture of this printed object
0 comments

Risto Krle (September 3, 1900 – October 29, 1975) (born in Struga, present-day Republic of Macedonia during the Ottoman Empire) was a Macedonian playwright and the son of a shoe maker. Many interruptions made his schooling difficult. As a teenager he enrolled in the army where he served until he inherited his father's profession and succeeded as a shoe maker. Many of his plays were written throughout the Second World War and are set preceding or during the First and Second Balkan Wars. 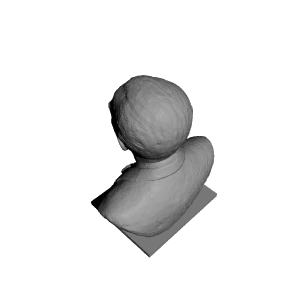