3D
Scan The World
3,371 views 146 downloads
1 collection
Community Prints Add your picture
Be the first to share a picture of this printed object
0 comments

Hu  is a type of wine vessel that has a pear-shaped cross-section. Its body swells and flares into a narrow neck, creating S-shaped profile. While it is similar to you vessel, hu usually has a longer body and neck. The shape ofhu probably derives from its ceramic prototype prior to the Shang dynasty (1600-1045 BC). They usually have handles on the top or rings attached to each side of neck.Many extant hu lack lids while those excavated in such tombs as Fu Hao's indicate that this type of vessel might be originally made with lids. Although it is more often to see hu having a circular body, there also appears hu in square and flat rectangular forms, called fang hu and bian hu  in Chinese. In addition, hu often came to be found in a pair or in a set together with other types of vessels. As wine had played an important part in the Shang ritual, the hu vessel might be placed in the grave of an ancestor as part of ritual in order to ensure a good relationship with ancestor's spirit. Some of the symbols in the Hu vessels are Taotie or demon face, dragons, realistic animals and birds, and some of the abstract symbols like bowstrings meanings were unknown. The Taotie or demon face and dragons were associated with land and rain, the farmers worshiped them for fertile land and receiving rain because three thousand years ago, rain was a concern to the farmers and they depended on the deities to bring rainfall to their land. The iconography in the Hu vessels were not just for the decorative aspects of the vessels since it was also important for the ritual ceremonies and their cult. The symbols in the Hu vessels also acted as protection against evil spirits and to being good fortune.If the symbols in the vessels were inaccurate then it was regarded as an unfortunate sin.

In the Warring States Period, a Hu was found with pictorial decoration and it was also called the Baihuatan Hu and it was from a tomb in Chengdu. In this contained scenes of people hunting, having an archery tournament, preparation of food,women and children collecting mulberry's from the mulberry tree with baskets, Musicians, dancers and wild geese.In the lid of the vessel there were animals but there were no humans figures in those. Although the Hu vessels have many cultural references to it, one of the most important one is that it was used as a "Wine Vessel" in many cultures.Hu vessel found in the tomb at Chengdu, was used for storing grain wine.In one of the tomb, the Hu vessel was kept at the foot of the deceased and it contained weapons and tools and there was no trace of food offerings.Hu vessel called the Zhong Bo Hu was regarded as a bridal gift in the Middle Western Zhou Period and in the latter half of the Middle Western Zhou Period, large Hu vessels were seen as fashionable rather than as a ritual vessel. The inscriptions of the Zhong Bo Hu revealed that it was for the use of the sons and grandsons of the brides. Hu vessels were also considered to be as heirloom vessels. In the Eastern Zhou Period the Hu vessel was used for funerary practices. Hu Vessel meant to the Shang culture as ritual vessels. Baihutan Hu vessel from the Warring States Period was used to convey a story about their daily activities as well as about the archery tournament and the theme of the story was about the activities of Nobility.Imagery such as the one depicted in the Baihuatan Hu vessel was never seen before, and they were extremely rare in the Zhou art. 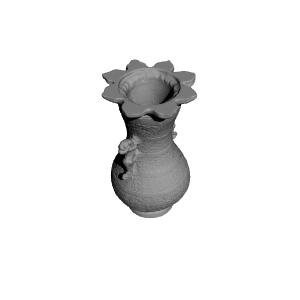 ×
1 collections where you can find Ritual Vessel (hu) at The British Museum, London by Scan The World