3D
360°
2,673 views 117 downloads
1 collection
Community Prints Add your picture
Be the first to share a picture of this printed object
0 comments

Introducing the second figure in the Road to 2020: HNV lineup is Donkey Kong, whom debuted alongside Mario in the 1981 classic Donkey Kong for arcades!

The character is modeled after one of his 8-bit animations in the original and utilizes the promotional artwork from the era. DK is portrayed sternly, holding a barrel the size of his head preparing to toss it at the unsuspecting "Jump-man". 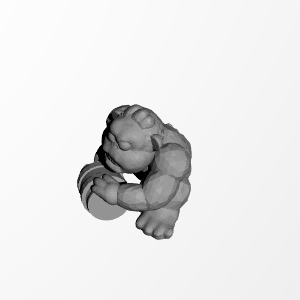 ×
1 collections where you can find Road to 2020: Donkey Kong by Hillbilly 'Mac