3D
1,303 views 30 downloads
1 collection
Community Prints Add your picture
Be the first to share a picture of this printed object
0 comments

The sixth figure in the Road To 2020: HNV lineup is Gruntilda the witch, from the Banjo-Kazooie franchise! Rareware is technically the owner of this franchise, which now is owned by Microsoft, but Banjo was a very popular N64 mascot when he debuted. Gruntilda's first in game appearance was in Banjo-Kazooie. As the ultimate bad guy, of course! Who else could it have been? The rhyming witch is iconic.

Her design is based on the box art of Banjo-Kazooie, as well as the first cutscene with her in the game where she's schemeing. The eyes were my favorite part to model, really expressive! 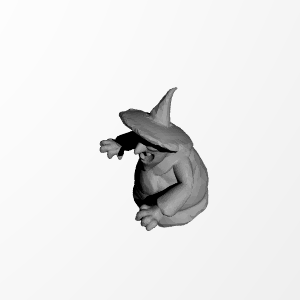 ×
1 collections where you can find Road to 2020: Gruntilda by Hillbilly 'Mac