3D
360°
3,810 views 159 downloads
1 collection
Community Prints Add your picture
Be the first to share a picture of this printed object
0 comments

The third figure in the Road To 2020: HNV line is Planet Popstar's penguin, King Dedede! His first appearance, 1992's Kirby's Dreamland, had him stealing all of the food from Dreamland, which lead to a bout with the adorable Kirby. Dedede has since been more of a friend to Kirby, but don't tell the others! He'd like to be remembered as the villain that "clobbered that there Kirby"(Kirby Right Back At Ya!, the official Kirby anime).

The design for this is based on an older design of the King, but is in reference to his Smash Bros. crouch(debuted in Brawl), where he smugly rests in front of his opponents. Probably the most effective taunt in any Smash game. 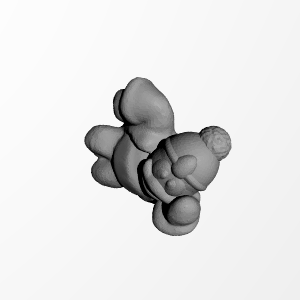 ×
1 collections where you can find Road to 2020: King Dedede by Hillbilly 'Mac