3D
360°
4,125 views 149 downloads
2 collections
Community Prints Add your picture
Be the first to share a picture of this printed object
0 comments

Fourth in the Road To 2020: HNV line is Wario, of Wario Land and WarioWare fame! Mario's greediest rival spawned first from the 1992 game Super Mario Land 2: 6 Golden Coins. He hates Mario with a passion, claiming that Mario's stealing his look. He has since mostly appeared in spin-off titles like Mario Kart and Mario Party, but has had success with his own games along the way.

His design is based on the official concept art of Super Mario Land 2: 6 Golden Coins. His arms are more slender and his head is bulkier to match the classic look. the eyes are not textured, so paint them however you'd like! 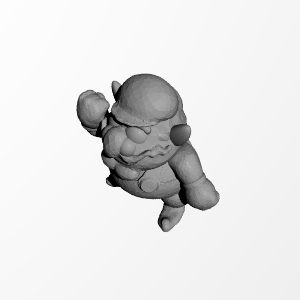 ×
2 collections where you can find Road to 2020: Wario by Hillbilly 'Mac