3D
Featured Scan The World
2,840 views 70 downloads
1 collection
Community Prints Add your picture
Be the first to share a picture of this printed object
0 comments

Robert Liston was a competent surgeon who contributed significantly to medicine as a science. Then he had the misfortune to have one seriously bad day and became a legend in the medical community.

A Scottish surgeon who practiced all over Britain, he earned respect for his skill in amputations. Liston practiced in the early 1800s, before anesthesia was popular. Cutting and sawing on a conscious, shrieking patient took strong nerves and a strong stomach. The shorter the operation, the lesser the suffering of the patient and the greater the chance that the patient would survive. Liston could amputate a leg in two minutes. This was impressive, but it came with impressive drawbacks. 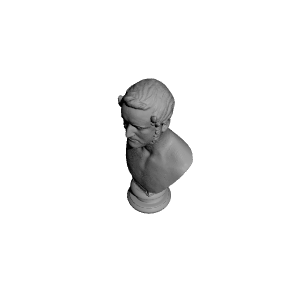