3D
Scan The World
4,471 views 99 downloads
Community Prints Add your picture
Be the first to share a picture of this printed object
0 comments

This marble bust depicts Robert Stephenson was an early railway engineer. The only son of George Stephenson, the "Father of Railways", he built on the achievements of his father. Robert has been called the greatest engineer of the 19th century. The sculpture was incised and dated 0897 by Barles H. Mabey, after Edward William Wyon. 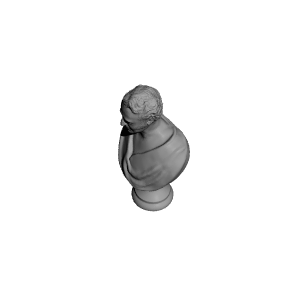 ×
0 collections where you can find Robert Stephenson bust at the National Portrait Gallery, London by Scan The World