3D
Scan The World
2,837 views 81 downloads
Community Prints Add your picture
Be the first to share a picture of this printed object
0 comments

Robert Stewart, 2nd Marquess of Londonderry (18 June 1769 – 12 August 1822), usually known as Lord Castlereagh, was an Irish/British statesman. As British Foreign Secretary, from 1812 he was central to the management of the coalition that defeated Napoleon and was the principal British diplomat at the Congress of Vienna. Castlereagh was also leader of the British House of Commons in the Liverpool government from 1812 until his suicide in August 1822. Early in his career, as Chief Secretary for Ireland, he was involved in putting down the Irish Rebellion of 1798 and was instrumental in securing the passage of the Irish Act of Union of 1800.

Castlereagh's challenge at the foreign office was to organize and finance an alliance to destroy Napoleon. He successfully brought Napoleon's enemies together at the Treaty of Chaumont in 1814. Thereafter he worked with Europe's leaders at the Congress of Vienna to provide a peace consistent with the conservative mood of the day. At Vienna he was largely successful in his primary goal of creating a peace settlement that would endure for years. He saw that a harsh treaty based on vengeance and retaliation against France would fail, and anyway the conservative Bourbons were back in power. He employed his diplomatic skills to block harsh terms. He held the Chaumont allies together, most notably in their determination to finally end Napoleon's 100 Days in 1815. He had a vision of long-term peace in Europe the united efforts of the great powers. At the same time he was watchful of Britain's mercantile and imperial interests. He purchased the Cape Colony and Ceylon from the Netherlands. France's colonies were returned, but France had to give up all its gains in Europe after 1791. He also worked to abolish the international slave trade. He was unsuccessful in avoiding the War of 1812 with the United States; it ended in a stalemate in 1814, with no boundary changes. After 1815 Castlereagh was the leader in imposing repressive measures at home. He was hated for his harsh attacks on liberty and reform. However, in 1919 diplomatic historians recommended his wise policies of 1814-1815 to the British delegation to the peace conferences that ended the First World War. Historian Charles Webster underscores the paradox:

There probably never was a statesman whose ideas were so right and whose attitude to public opinion was so wrong. Such disparity between the grasp of ends and the understanding of means amounts to a failure in statesmanship. 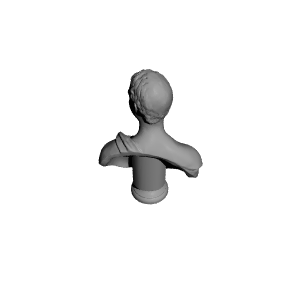