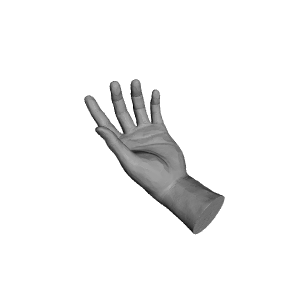 Tossed on a quick circular base in fusion, printed without support at 30% infill. Spraypainted gold. Creepy delight.