3D
Scan The World
2,468 views 64 downloads
Community Prints Add your picture
Be the first to share a picture of this printed object
0 comments

This bronze sculpture is a fragment of a larger, full piece of a Roman Magisrate, produced in the 11th Century and discovered in 1867.

The Roman magistrates were elected officials in Ancient Rome. During the period of the Roman Kingdom, the King of Rome was the principal executive magistrate. His power, in practice, was absolute. He was the chief priest, lawgiver, judge, and the sole commander of the army. When the king died, his power reverted to the Roman Senate, which then chose an Interrex to facilitate the election of a new king. During the transition from monarchy to republic, the constitutional balance of power shifted from the executive (the Roman king) to the Roman Senate. When the Roman Republic was founded in 509 BC, the powers that had been held by the king were transferred to the Roman consuls, of which two were to be elected each year. Magistrates of the republic were elected by the People of Rome, and were each vested with a degree of power, called "major powers" (maior potestas). Dictators had more "major powers" than any other magistrate, and after the Dictator was the censor, and then the consul, and then the praetor, and then the curule aedile, and then the quaestor. Any magistrate could obstruct ("veto") an action that was being taken by a magistrate with an equal or lower degree of magisterial powers. By definition, plebeian tribunes and plebeian aediles were technically not magistrates since they were elected only by the plebeians, and as such, they were independent of all other powerful magistrates. 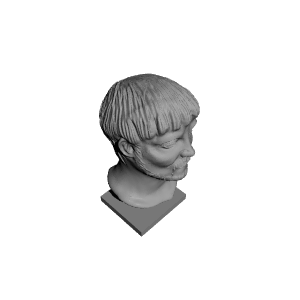 ×
0 collections where you can find Roman Magistrate at The Petit Palais, Paris by Scan The World